Here is a deluge of new libraries, web components, tutorials, sponsors – all the news that couldn't wait until the next Laminar release. Hope I didn't miss anything!

Laminar is a native Scala.js library for building web application interfaces. Learn more in a few short examples or one long video.

Aurinko is an API platform for workplace addons and integrations. They have built a number of apps using Laminar, for example this appointment scheduler widget.

Anton Sviridov's Twotm8 epic walks you through creating a twitter clone in full stack Scala. The chapter on frontend explains how to use Laminar, implement routing with Waypoint, and styling with ScalaCSS. See also the source code and demo.

Alvin Alexander's Laminar 101, 102, and 103 tutorials take you from setting up a static Laminar page to implementing a basic router.

Laminext Scribble by Iurii Malchenko is like ScalaFiddle, but simplified and preloaded with Laminar and Laminext. For instance, here's the Hello World example. It's actually been around for a while, I just realized I haven't posted about it yet.

Skłable is a multiplayer Scrabble-like game made by @przemekd using Laminar. Source.

Laika-Laminar made by @i10416 converts Markdown and ReStructuredText to HTML. Web app is built using Laminar, transformation is done using Laika. Source.

Scala.school Laminar web app made by Kit Langton serves as a nice index to Zymposium videos.

Hippo by Anton Sviridov is a web-based heap dump viewer made with Laminar.

Declarative Data Viz 4 Scala by Simon Parten – a thin shim to Vega. Can work with any Scala.js UI library including Laminar.

ew is a set of high-performance low-usability interfaces to native JS data types that poor souls such as myself may occasionally need. The next version of Laminar uses it internally.

keynmol/scalajs-tauri-example shows how to use Laminar with Tauri to build a Desktop application, similar to Electron.

sjrd/scalajs-sbt-vite-laminar-chartjs-example puts together sbt, Vite, Laminar and Chart.js (via ScalablyTyped)

Quafadas/cask-laminar shows how to use Cask backend with Laminar.

Last fall I published Laminar and Airstream 0.14.2 which I unfortunately didn't have time to properly post about. These have two notable changes:

As mentioned above, I also released a small Scala.js library: ew.

Over the winter I worked a lot on the next version of Laminar, which will be tagged 15.0.0. I will resume working on it in September, expecting a release in October. I am very excited about this upcoming release, it will be the best Laminar to date with major new features and improvements.

Huge thanks to everyone who helped make Laminar a richer ecosystem this year.

The development of Laminar itself is kindly sponsored by 20 people who use it in their businesses, or just for fun. 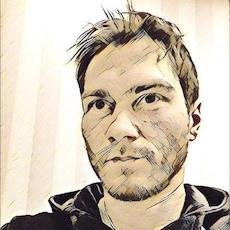 Aurinko is an API platform for workplace addons and integrations.